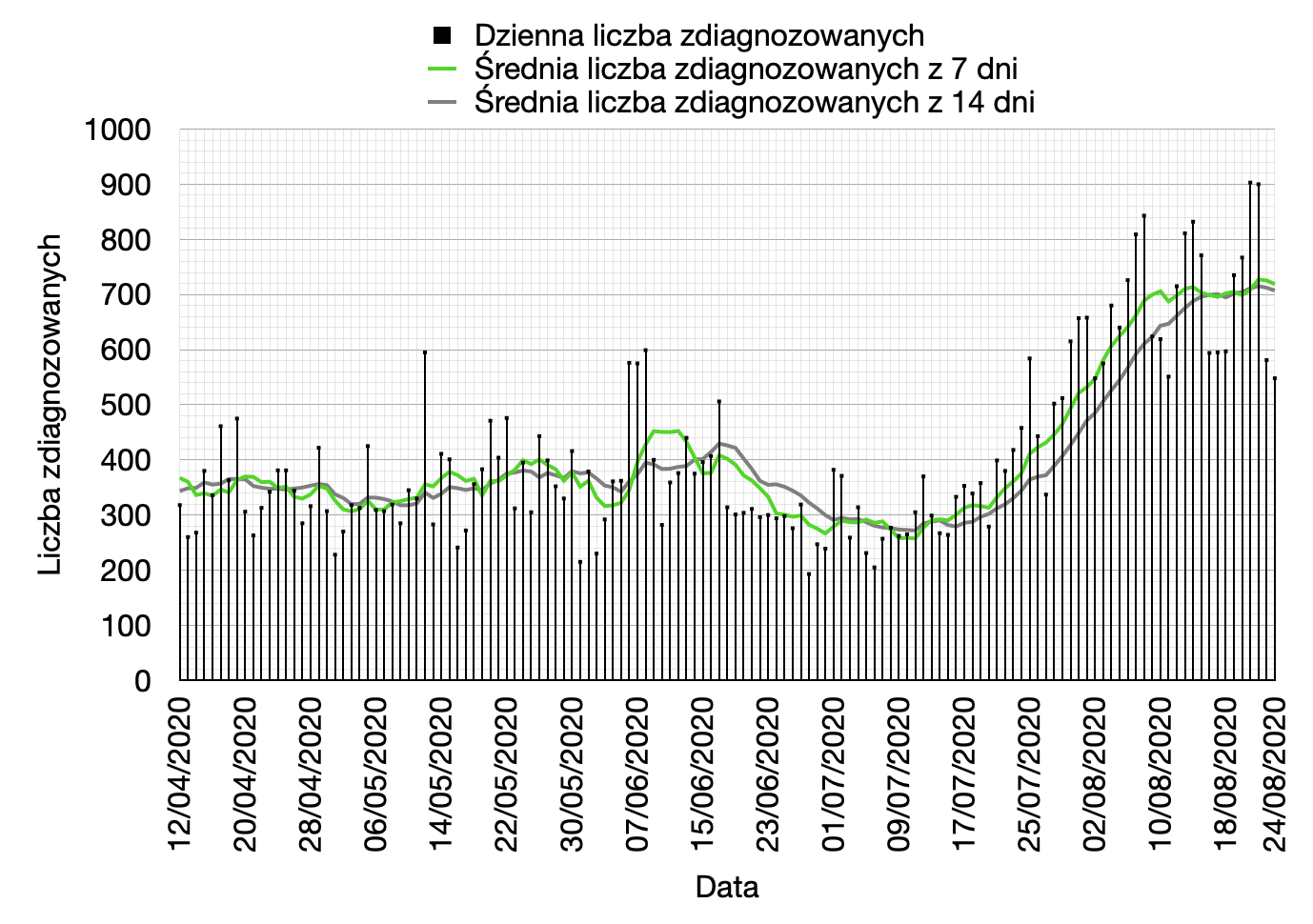 Since the first loosening of the restrictions announced at the end of April, the mobility of Poles has consistently increased from the level of -60% compared to the reference value, i.e. the level of mobility observed from the beginning of the year to mid-March, and has remained at the level of + 70-80% of the value since mid-July[1]. At the same time, from mid-July to approx. August 10, we observed a strong increase in the daily increase in new cases, which significantly slowed down over the past two weeks.

If the current rate of growth does not change, then in the next month the 7-day average of daily increases in new cases will most likely increase to about 800 new cases per day (90% confidence interval for the 7-day mean is about (600, 1200)). 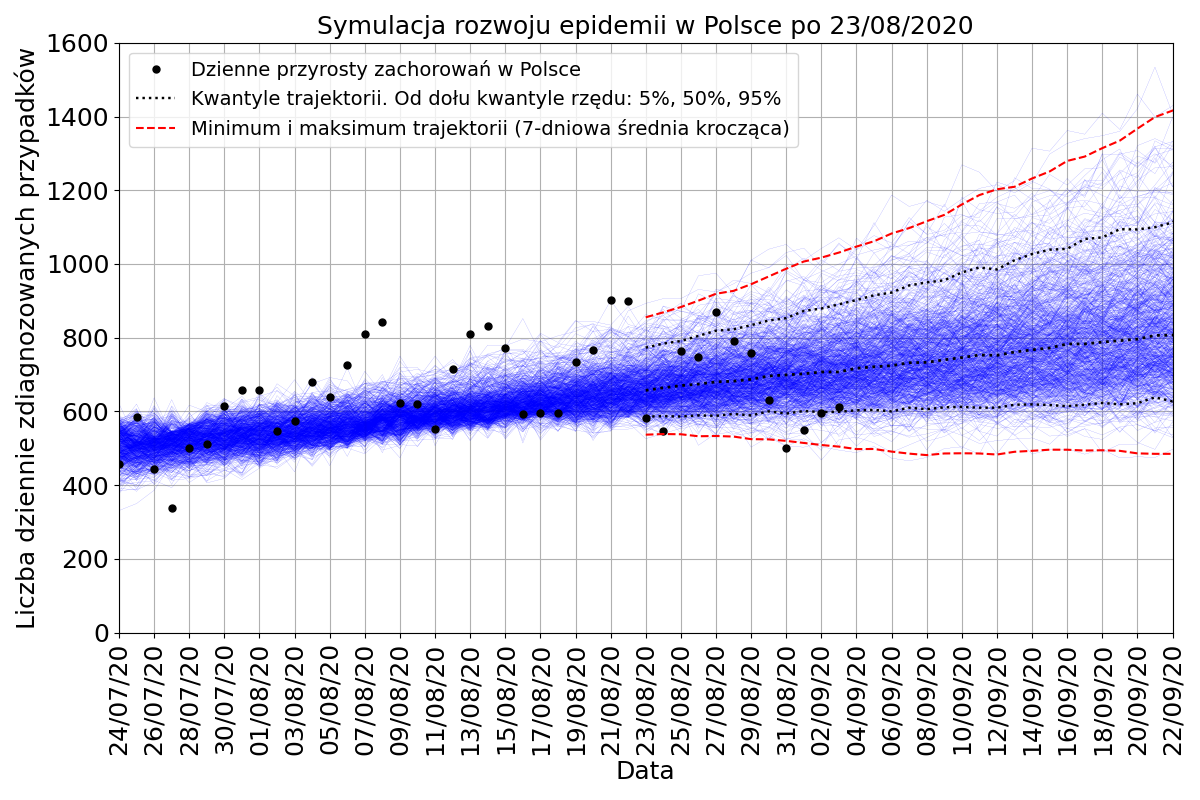 Fig.2. Probable trajectories of the daily number of newly diagnosed people until September 22, 2020 based on the microsimulation model. The trajectories were adjusted to the data from July 24, 2020 to August 23, 2020. The analysis assumed that the same restrictions and the same level of testing would be maintained in the future. The daily increases in new cases in Poland in the last month are marked with black dots. Each of the blue lines corresponds to the result of one model simulation that approximated the situation in Poland over the last month. The black dashed lines show the 5%, 50%, and 95% forecast quantiles from bottom to top. The red dashed lines show the minimum and maximum of the forecasts generated by the model, they are additionally smoothed using a 7-day moving average.